The 7th Voyage of Pericles 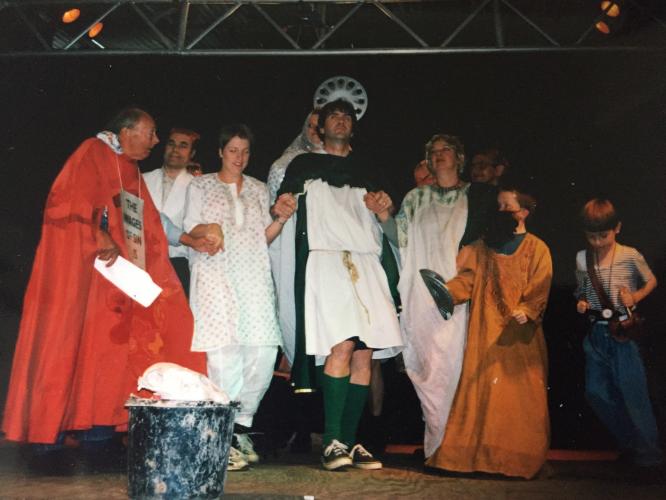 In what would have been the 36th year of bardic massacre The Old Dic Theatre Company regurgitates “The Seventh Voyage of Pericles” or the budget version of “Pericles Prince of Tyre” originally inflicted on bored and undiscerning fringe goers at The Bull Hotel in July 2000. A more upmarket version of the play was presented in Ludlow Castle at the same time as part of the Ludlow Festival; it was directed by James Roose-Evans and featured among others, Stephen Beckett as Pericles and Rula Lenska as Dionyza

This rehash is presented in memory of Stephen Bacon, Graeme Kidd and Debbie Yates, sadly no longer with us.

The Old Dic Theatre Company was formed in 1981 as a vehicle for talentless people to put on bad plays for other people who have nothing better to do in their spare time. Every year since 1985 The Old Dic has performed an abridged version of a Shakespeare play in a style that actress Haydn Gwynn described as “Memorable Bardic demolition”… until this year of course.

The Old Dic Theatre Company would like to thank Daphne Jones, The Teme Weirs Trust and Friends of Whitcliffe Common for their kind permission for the use of their video recording.