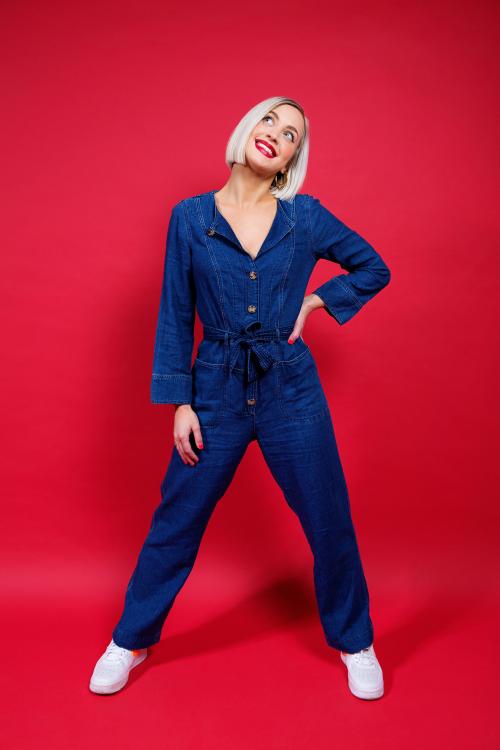 As seen on BBC3, All4, Comedy Central and ITV2 Lily asks you to join her on her journey from cheerleader, to feminist, to dog lover.

Female comedians are often criticised for just talking about their Vaginas, which is offensive, but in Lily’s case 100% true and now she has a dog, she can talk about hers too. Smut covers all the trials and tribulations that come with being a female human and a female dog.

Like turning 30 only to discover that apparently your vagina gets bigger with age rather than usage, how to deal with your dogs cystitis, and what happens when your boyfriend has to help you birth your own menstrual cup… they are still together now by the way, if anything, it has brought them closer. No animals were harmed in the process FYI. The show also delves into life before stand up. She wasn’t always a strong feminist role model you see now, she used to be kinda…fun. Dancing on Greek islands, working as a Tequila girl, hostessing at Cage Fights and being part of the Pineapple Cheerleading Squad, allowed Lily to single handedly prop up the patriarchy…with her tits. But those days are over, now she is a stand up comedian, a feminist and a mother, all she uses her tits for now is to occasionally breastfeed her dog.